I'm sure I've posted before about the first time Sam turned me down.  We were in London on two different study abroad programs, and had met through mutual friends.  I thought he was the dreamiest of dreamboats.  We'd bonded over our mutual love of Faulkner.  I'd drawn him a map of Mississippi on a cocktail napkin.  I'd given him my very best eyelash batting longing looks.  As far as I could tell, it was ON.  So one night when we all went to indie rock night at the bar around the corner, I asked him to dance... and he said no.

And eventually I did... I just had to let him pick the song. 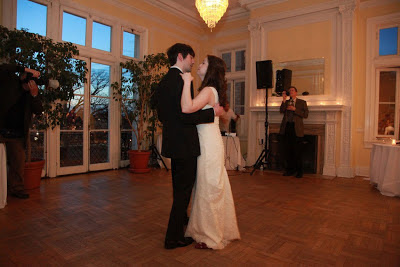 Happy anniversary, Sam.  There's so much more to you, and to me, and to us, than I ever could have imagined on the dance floor of that dingy basement bar a decade ago.  I love you.
Posted by Ophelia at 11:30 AM 1 comment:

The Dunkin Donuts at 14th and U is suddenly closed.  I realize I should not make fun of this sign, because those composing it probably do not have English as their first language... but the combo of the grammar and the sad face is pretty great: 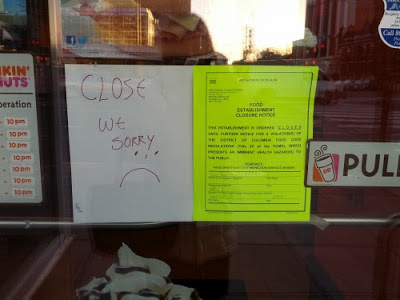 I made one for my blog, since I so rarely update these days: 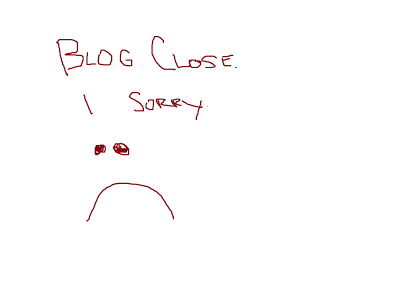 I'm trying to do better!

Sam and I were coming home Friday evening, and as we approached our block we saw that the street was cordoned off with caution tape and there was a cop car with the lights flashing sitting in the middle of the street.  As we proceeded down the sidewalk and made the turn onto our block, we had the following exchange with a policeman:

He didn't even check our IDs to make sure we did, in fact, live there.  Nicely done, DC Five-0!
Posted by Ophelia at 11:30 AM No comments:

Here is a photo of Einstein in his fuzzy slippers 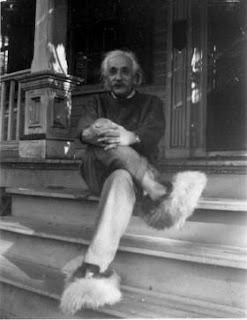 Posted by Ophelia at 9:16 AM No comments: