I've got a long post in my brain space about this magical wedding I attended recently, and reflections on life, and friendships, and other stuff, but I've also got a lot of other things taking up real estate in my brain space that are making me look like THIS: 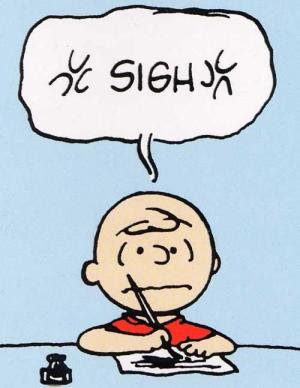 Too many things!  They are getting me down.

But on the brighter side, I live in a gorgeous city, and it's starting to be fall and it's really lovely.  Here is a corgi who lives here too, and is also finding joy in these changing days: 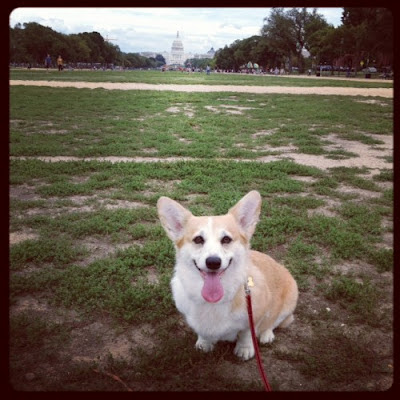 So, there's plenty to smile about!
Posted by Ophelia at 3:40 PM No comments:

A bunch of politics happened

So both the Republican and Democratic National Conventions took place over the last couple of weeks.  There were some truly remarkable speeches (MICHELLE!), and plenty of barf-riffic pontificating (that freak Paul Ryan), and a veritable avalanche of blog posts, tweets, and articles.  Here are a few of my favorite politically related thangs the internet gave me over the last few weeks...

This screencap from before the conventions, but I'm throwing it in here anyway because it's hilarious: 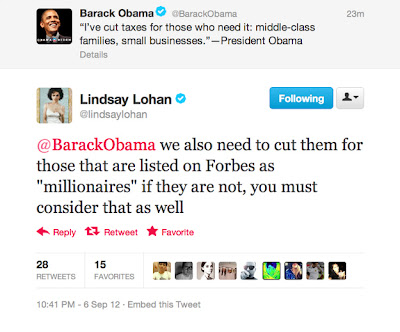 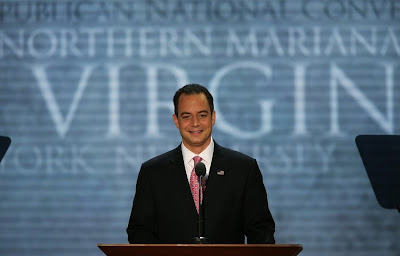 And finally, I have saved the best for last... this incomparable photo of Joe Biden campaigning in Ohio and about to charm the pants off a lady biker, much to the chagrin of her biker man friends: 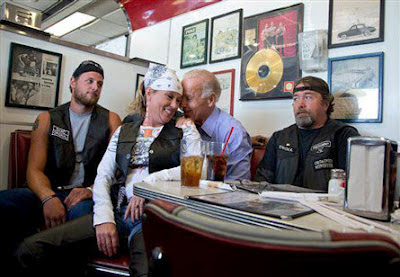 Y'all, PLEASE vote Obama/Biden this November, if only to ensure that we get four more glorious years of my Bro-seph Joseph.
Posted by Ophelia at 10:46 AM 1 comment:

Halloween's right around the corner

What are you going to be this year?  Here is my friend Mick in his melon costume.  This wasn't for Halloween, though.  He was just wearing it. 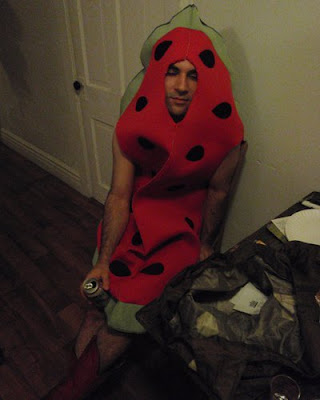 I love him dearly.
Posted by Ophelia at 10:17 AM No comments:

And it is a DOOZY:

This is relevant to my interests.
Posted by Ophelia at 10:10 AM No comments:

It's no secret that I've been neglecting The Blog over the past few weeks.  It's probably a combination of the laziness that comes with the hot summer months, and some general ennui I've been feeling in my life.  Almost a month ago, Pete sent me an article from Yahoo with the results of a poll about the worst town names in America.  I meant to share it with all (seven) of you immediately, but I let it fall by the wayside.  So now I am going to do a full review of these UNUSUAL TOWN NAMES, and try to find some facts about each place!  We'll start with number 10 and work our way up to the grand poobah of lousily named places:

10. Monkey's Eyebrow, KY - A classic unusual town name!  Proving that I'm always on top of my game here at OEIA, I've already written about Monkey's Eyebrow!  You can get all the scoop you need here.

9. Squabbletown, CA - As is the case with a lot of these, there's not a lot of info about Squabbletown (which, frankly, doesn't seem that bad a name to me, but whatevs).  A Google search yields statements like "Squabbletown is a populated place."  Didn't even make it onto Google Maps.  I'm calling bullshit on this one, Yahoo.  Try again.

8. Loveladies, NJ - This is another totally weak entry.  Loveladies is located on a barrier island off the coast of New Jersey, and is populated with fancy homes where celebrities vacation.  I'm beginning to think Yahoo wouldn't know a quality unusual town name if it bit them on the ass.

7. Roachtown, IL - Now this is more like it!  Roachtown is in western Illinois, quite close to St. Louis... and that's about all I can find.  I can tell you that its elevation is 541 feet and they are currently experiencing light rain.

6. Belchertown, MA - Belchertown is in central Massachusetts, and I have actually been there!  The wonderful pastor Vicki who married me and Sam lives there, and we spent a lovely afternoon there in 2010.  She joked that it was located next to Fartsville.  Gotta love a woman of the cloth who still appreciates toilet humor.  Other B'town facts - it's home to a Little League field called 'Mini Fenway Park,' and it was also the birthplace of Porter Rockwell, who was Joseph Smith's personal bodyguard.  YIKES!

5. Assawoman, MD - This seems to be another screw up, as there's a lagoon called Assawoman Bay in Maryland, but no town known as such, but let's just go with it.  What does it mean? According to the book The Place Names of Maryland: their Origin and Meaning by Hamill Kenny: "Assawoman...The name is Indian and the two opening syllables (assa-) seem to be from either Algonquian acaw- 'across,' or Algonquian asaw- 'brown, yellow.' For technical reasons the rest of the word cannot be satisfactorily solved, and the full meaning of assawoman remains unknown."  The full meaning is a woman with a fantastic ass, Henry.  Get with the program.

4. Hooker, OK - Hooker is in the middle of the Oklahoma panhandle, and its population is a little under 2,000.  They have a really pathetic website where none of the links work, so let's just assume that everyone in town is a prostitute.

3. Boring, OR - I love Boring, because they have a sense of humor and are making the effort for some self-promotion!  Their sister city is Dull, Scotland, and their town motto is "Boring, Oregon - An exciting place to live and work!"  Two thumbs up to Boring.  You guys are really working with what you've got.

2. Climax, GA - Oh, God.  What kind of joke am I supposed to make here?  My PARENTS read this blog. Let's just go with the facts - Climax is in Decatur County, GA, has about 300 residents, and is home of the Swine Time Festival!   The event is attended by 35,000 people annually. Contests & events include best dressed pig, corn shucking, hog calling, eating chitterlings, pig racing, syrup making, baby crawling, and the great greased pig chase. Another fact: My brain read "syrup making, baby crawling" as "baby making," because what the hell else is one supposed to do in Climax?

1. Toad Suck, AR - I have to agree that this is a top-notch unusual town name.  According to the article... What does "Toad Suck" mean anyway? Well, the answer is quite simple... Long ago, steamboats traveled the Arkansas River when the water was at the right depth. When it wasn't, the captains and their crew tied up to wait where the Toad Suck Lock and Dam now spans the river. While they waited, they refreshed themselves at the local tavern there, to the dismay of the folks living nearby, who said: "They suck on the bottle 'til they swell up like toads." Hence, the name Toad Suck.

Well, Yahoo worked up to a big, ah, climax at the end there, but a lot of these entries are just lazy.  I think I can do better.  I'm going to find a truly unusual town name in every state in this great nation, and share them all with YOU (Mama, Pete, Syd, occasionally my sister)!  LOVE YOU, READERS!

Can these guys please come to DC?

I just saw a link on Twitter for this piece in The Atlantic about how Brazil is dealing with the ongoing issue of cars blocking crosswalks.  Our wise South American friends are sending beefcakes in to teach these box-blocking morons a lesson!

Take that, you arrogant bastards!  I certainly wish we had these gentlemen here in DC.  I walk almost everywhere, and it really burns my biscuits when people do things like this.  I'd also love to unleash these guys on all the a-holes who ride their bikes on the sidewalk...
Posted by Ophelia at 12:38 PM No comments:

My hump day has really been off to a lousy start, but my spirits have just been lifted by this fantastic little girl.  This is Carina Castro, beautiful daughter of San Antonio mayor Julian Castro.  While watching her daddy speak at the Democratic National Convention last night, she flipped her hair with levels of grace and panache I can only dream of reaching:

Get it, girl!  Carina Victoria has inspired me.  I will now go forth and attempt to tackle my day with even a fraction of her class.

Via Buzzfeed.
Posted by Ophelia at 9:45 AM No comments: