I enjoy zombies a lot! Even less threatening zombies, like these, are good.

Posted by Ophelia at 2:59 PM No comments:

Get a cute costume. 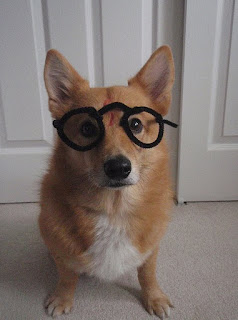 And don't drink too much! 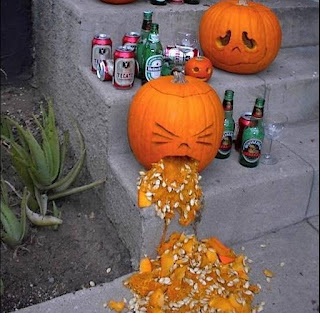 My delightful friend Bennifer, the very man who suggested I start this here blog, has emailed me an article with one of the better headlines I've seen in some time:

This is fun, but don't read it if you're my mom or my boss or some other authority figure, cause it's got a lot of cursing.

Why the fuck should I choose Oberlin?

Submit your own! Or don't, if you didn't go there. Whatever.
Posted by Ophelia at 10:24 AM No comments:

Anyone of my seven readers could testify to the fact that I love a corgi. The first corgi I ever met - indeed, the first one I'd ever seen or even heard of - was Ted, the dog of my dear high school friend Gordon. Ted was basically happiness in a fur covered body and stumpy ass legs, and I adored him instantly. But, as happens sometimes despite the best of intentions, Gordon and I largely lost touch for a while, and that of course meant no more Ted in my life. As we progressed through college, a number of my friends suffered the loss of their childhood pets, and one day it occured to me - Holy crap, Ted must be dead!!

Well it delights me to tell you all that Ted is NOT dead! Ted, it turns out, is alive and thriving and living in Knoxville, TN. He has a lovely life with Gordon's mom and dad and they take him on all kinds of very fun trips. Gordon sent me a photo of Ted just the other day: 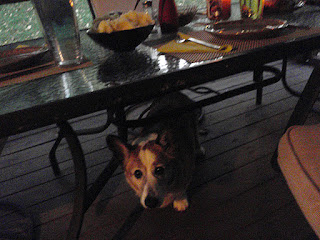 Fun fact - Gordon also has a pet hedgehog named Hoggie Bear. I thought it would be gross but it is adorable. He has two cats as well, but who cares about those.
Posted by Ophelia at 3:33 PM 2 comments:

Lousy day? Bad weather? Favorite sex dwarf get eaten by sassy rodent? This video of a baby goat just having a kick ass time will lift your spirits in no time!

Here is some midget news: 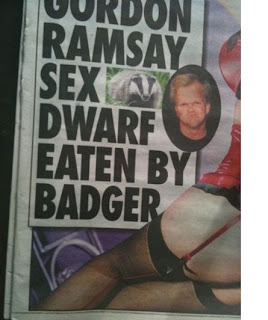 Pardon me, I meant dwarf news. I know how irritated I get when folks get my name wrong. Apologies to you, dead dwarf!
Posted by Ophelia at 9:23 AM No comments:

Labels: in the news, sex

Here is a photo of a bear looking sad. I labeled it 'Heard About Charmin' when I saved it. 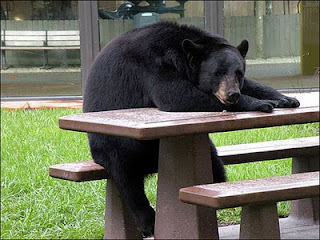 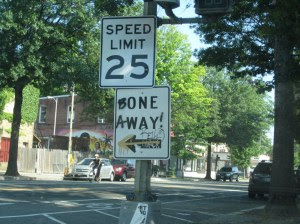 I realize I've been neglecting my poor blog once again, but I just do not have time to comb the interwebs for gems right now. So instead, I am going to bring you random pictures I have saved on my computer to use in blog posts that never got written. Here's one that came up when I did a Google image search for 'steno pool': 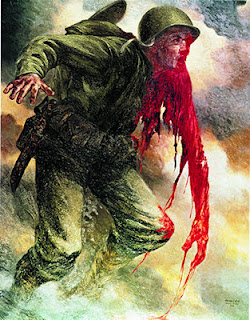 More random pictures to come as the day wears on!
Posted by Ophelia at 11:44 AM 1 comment:

Here is a really ugly sweatshirt that aptly describes my mental and emotional state these days: 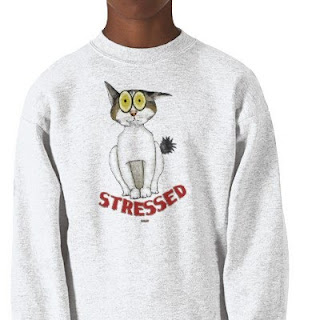 And here is a video that was able to cut through that stress and bring a smile to my droopy maw:

Hahaha! Corgi rodeo! That's so great. Like a salve to the soul.

Via, where you can find many other adorable animal videos as well.
Posted by Ophelia at 2:37 PM No comments: